Climate is a description of the average weather conditions in a certain place for the past 30 or so years.

Different areas of the world have different climates. Climate is influenced by lots of different things, including: 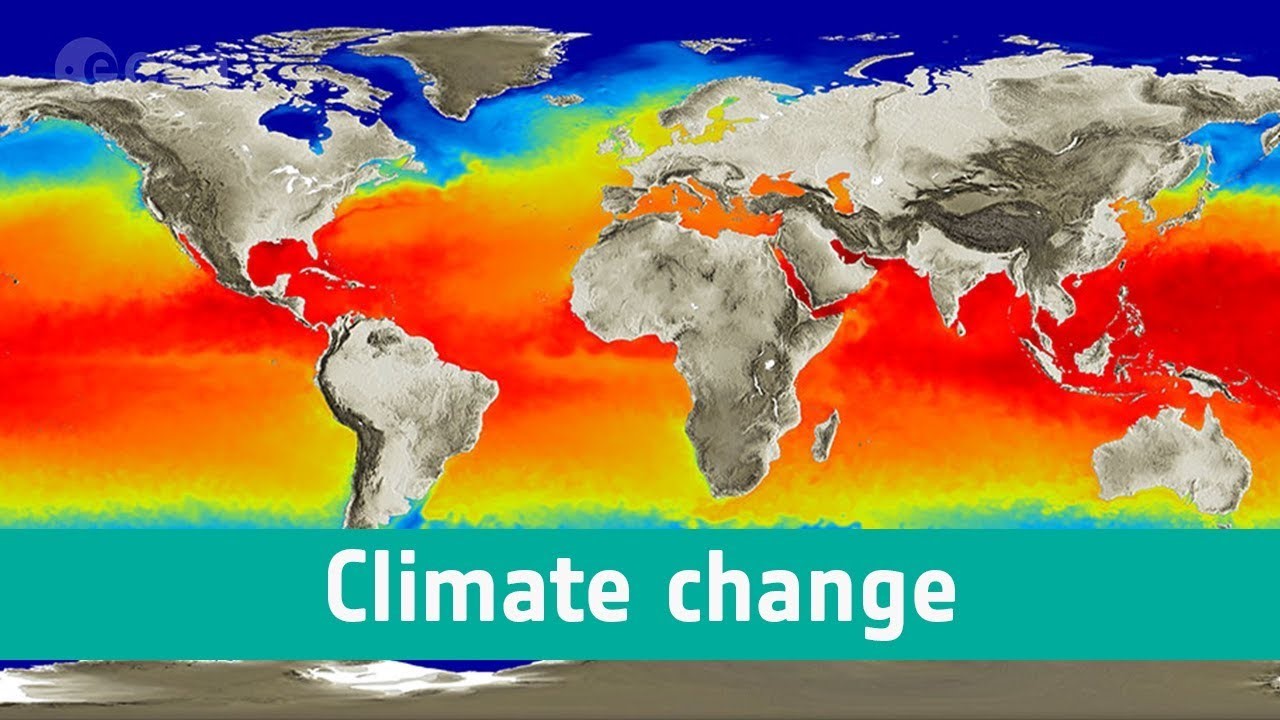 The climate across the world has changed naturally over thousands and millions of years. In the past, the UK has experienced both freezing ice ages and warm tropical climates.

Today however, because people have been burning fossil fuels to power homes, factories and vehicles, more carbon dioxide has entered the Earth’s atmosphere.

Carbon dioxide acts like a greenhouse. It lets the sun’s rays through to heat up everything inside the atmosphere but stops the heat from escaping. This is making our planet warm faster than it naturally would and is causing world climates to change.

Biomes are areas of our planet with similar climates, landscapes, animals, and plants. What lives in each biome depends on:

The animals in a biome depend upon plants for food. The plants in a biome often also depend upon the animals for spreading pollen and seeds so that new plants can grow. So both plants and animals rely on each other to stay alive. 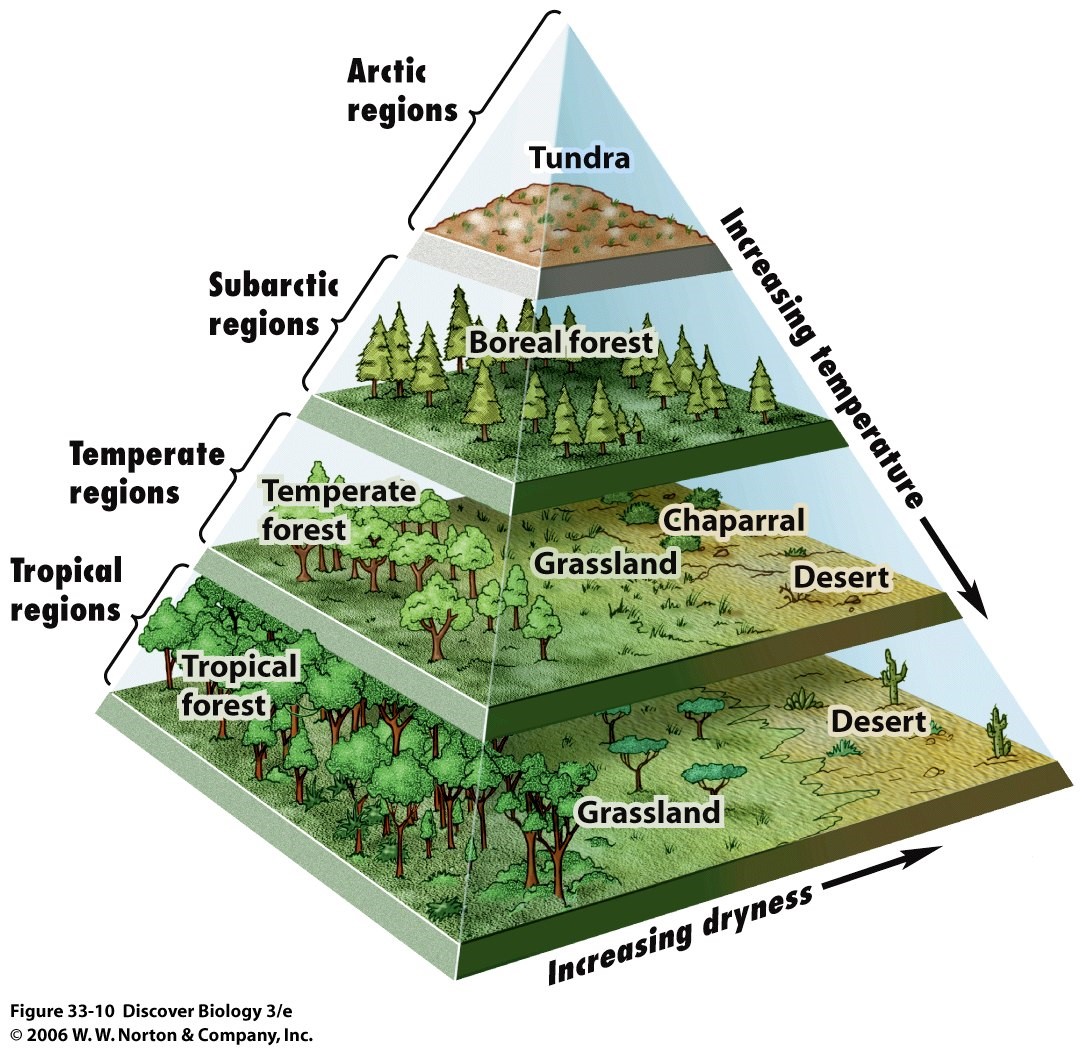 Tropical rainforests are hot and wet all year round. They are home to half of all the different types of plants and animals on the planet.

Deserts are hot and dry all year round. The only things that grow are cacti and small shrubs because the soil is shallow and rocky. Animals come out at dusk when it is cooler.

The savannah is hot all year round with a long, dry season. Only grasses and shrubs grow here but it is home to lots of different types of animals such as elephants, zebras and wildebeest.

Woodlands are habitats where the main plants found are trees, but mosses, ferns and lichen can also be found. The climate is warm and mild, with more rain falling in the winter than the summer.

Grasslands are areas of land that are vast and open, with grasses being the main plants. The largest grasslands are found in East Africa. Zebras, giraffes, elephants, and rhinos can all be found living in grasslands.

The tundra is the coldest of all the biomes. There is very little rain or snow and the temperatures are freezing. Winters are long and summers are short. Part of the soil is frozen all year round, although the top part defrosts in summer and plants such as mosses can grow.

Oceans of the world

There are five oceans that cover just over 70% of our planet, and they are all connected:

The nearest ocean to the UK is the Atlantic Ocean. It stretches from Europe to North and South America and is the second largest of the five oceans.

What are ocean currents?

The water in the oceans is constantly moving in patterns called currents. Some currents flow quickly, while some move very slowly. As the currents flow around the planet they move cold and warm water from one place to another, changing climate and temperatures all over the world. The UK would be much colder if it wasn’t warmed by water that travels from the Caribbean – called the North Atlantic Drift.

The ocean currents also help move anything that floats in them. This can be sea creatures or ships, but unfortunately can also be rubbish that has been dumped carelessly by people. This rubbish finds its way around the world, pollutes the oceans and can be harmful to sea creatures. Some kinds of rubbish, such as plastic are eaten by sea creatures. This causes them lots of problems and can even kill them.

We need to look after our planet by recycling and reducing the plastics we use.

What is a river?

A river is a moving body of water that flows from its source on high ground, across land, and then into another body of water, which could be a lake, the sea, an ocean or even another river. 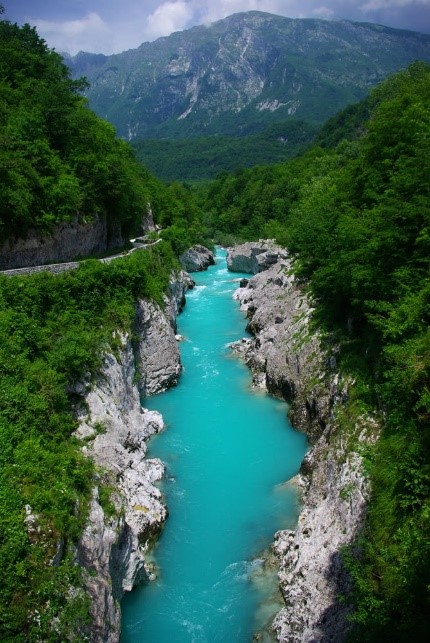 A river flows along a channel with banks on both sides and a bed at the bottom. If there is lots of rainfall, or snow or ice melting, rivers often rise over the top of their banks and begin to flow onto the floodplains at either side.

How are rivers formed?

Rivers usually begin in upland areas, when rain falls on high ground and begins to flow downhill. They always flow downhill because of gravity.

They then flow across the land – meandering – or going around objects such as hills or large rocks. They flow until they reach another body of water.

As rivers flow, they erode – or wear away – the land. Over a long period of time rivers create valleys, or gorges and canyons if the river is strong enough to erode rock. They take the sediment – bits of soil and rock – and carry it along with them.

Small rivers are usually known as streams, brooks or creeks. If they flow from underground they are called springs.

What is latitude and longitude?

To help locate where a place is in the world, people use imaginary lines:

What is a map?

A map is a two-dimensional drawing of an area. Maps can show the countryside, a town, a country or even the whole world! They are used to help plan routes from one place to another, or to find certain features such as castles or hills.

Different types of map are used for different things depending on whether you are walking, driving, or even flying somewhere. Maps can be on paper or on a mobile phone, tablet, or computer.

How to use a map

The top of most maps is north, and a compass can be used to find which direction north is. Compasses show four directions – north, east, south, and west. The needle always points north, so when that is lined up with the map it is easy to see in which direction things are.

Maps are not drawn to the same size as the ground because they would be far too big! Instead they are drawn to a smaller scale.

The scale on a map is a set of numbers that can be used to compare distances and can be written, for example, as 1:25,000. This means that the actual size of the ground is 25,000 times bigger than it is on the map. The same scale can also be written as 4cm to 1km, so every four centimetres on the map is one kilometre in real life.